Letter from our Executive Director

We are on a mission to celebrate the achievements of women in all aspects of filmmaking by showing the best independent films created by female cinematic artists. 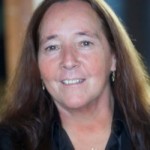 I am proud to serve the festival as its executive director while also serving as the Rochester/Finger Lakes film commissioner. As a longtime filmmaker myself, I celebrate every day our city’s combined legacies of George Eastman and Susan B. Anthony — motion pictures and women’s rights.

Founded in 2001, High Falls is among the oldest women’s film festivals in the existence. And while we have spread awareness and entertained and educated countless audiences through film screenings, the number of women working behind the camera in the film industry remains the same as it was in the inaugural year of the High Falls Film Festival — just 17 percent.

We are thrilled to give female filmmakers the platform, screens, and audiences to showcase their work. Our Film Selection Committee has screened hundreds of submissions, to ultimately present 19 full-length films plus four shorts programs, in total more than 50 titles.

— rich with an array of natural and architectural wonders and settings and streetscapes from 19th-century villages to downtown cities.

Here in Rochester we “speak film.” I look forward to speaking film with you during the festival!