We’ve lined-up 10 filmmaker Q&A’s for you to enjoy!

HAPPY 40TH – Opening Night Film
6 p.m. Thursday, Nov. 12 (The Little Theatre)
Dramatic film about four women coming together to celebrate the birthday of a friend, who is grappling with a dramatic shift in her life due to an accident that has left her wheelchair dependent. 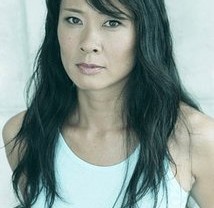 Director/Actress Madoka Raine will engage with audience after the screening.She began her career as an actor, working in NYC and LA in both Film and Television. After making appearances in numerous indie films, she was inspired to write.She has written films that have appeared in the Sundance Institute Feature Film Program, Cannes Film Festival – Short Film Corner, and have won awards at the Seattle International Film Festival & 2015 Woods Hole Film Festival. Read more

HAPPYGRAM
6:30 p.m. Thursday, Nov. 12 (The Little Theatre)
Documentary about Mammorgraphy. Forty percent of the women in this country are given the illusion of knowledge when they receive their yearly letter announcing the results of their mammogram. This riveting documentary tells the story of the fight to accurately inform women about their cancer screening. 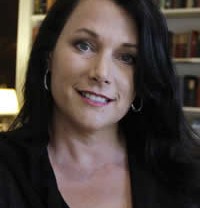 Director Julie Marron will conduct Q&A after the screening. Happygram, Julie’s first feature length documentay is the culmination of several years of research into the issue of informed consent in medice, specifically in the area of cancer testing.

Julie is a former consultant working with organizations across several industries including healthcare and financial services.

She currently lives with her family in Rhode Island. Read more

TEA & CAKE
8:30 p.m. Friday, Nov. 13 (The Little Theatre)
World Premiere – Drama/Comedy focusing on four generations of women in a small town in England. Gaining strength from friends and family, each tries to overcome the unexpected obstacles life hurls at them. 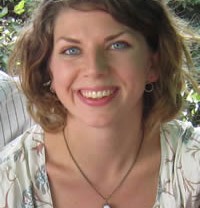 Director Kirsty Robinson will conduct Q&A with the audience via Skype after the screening.Robinson has worked in the TV and film industry in the UK. While working at the independent production company Shoebox Films as creative executive, Kirsty made her film Tea & Cake (which she started writing at the age of 14).Kirsty also has worked with Working Title Films and Hat Trick Productions. Read more

WILDFLOWER
1 p.m. Saturday, Nov. 14 (Dryden Theatre)
Filmed in the Rochester Area! World Premiere! College student Chloe Moray has terrifying, recurring dreams that lead her to believe she may have a suppressed memory of having witnessed a horrific crime. 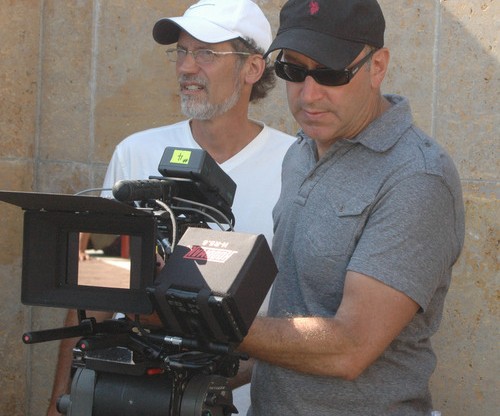 Rochester’s own Nick DiBella, the writer and director, will conduct Q&A after the screening.DiBella is an award-winning writer and director whose self-taught knowledge in filmmaking began at the Eastman Kodak Company where he created films for Kodak’s Entertainment Division.His 1997 screenplays Runnin’ Home and Address Unknown were produced for cable TV and his 1998 spec script, Chasing Bobby Jones, was sold to Warner Bros. His other produced screenplays include Kart Racer (2002), acquired by Knightscove Entertainment and released by MGM.In 2005 DiBella directed and co-wrote the stylish teen noir feature Cherry Crush and in 2011 co-wrote, directed, and produced the highly acclaimed King’s Faith, starring Emmy Award-winning actors Lynn Whitfield and James McDaniel. Wildflower is to be released in March 2016. Read more

RITORNI (HOMECOMING)
4:15 p.m. Saturday, Nov. 14 (Dryden Theatre)
This documentary follows people from Maghreb, in Northern Africa living in Europe as they return home to reunite with their families during the summer holidays. 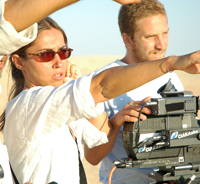 Director Giovanna Taviani will conduct Q&A after the screening.
Taviani is a celebrated Italian film director. She is the founder of the Salina DocFest in Sicily, editor of the journal Allegorie and contributes to several filmmaker and literary magazines. Taviani holds a Ph.D. in Science of Literature and Philological Disciplines and is a writer and university lecturer in modern literature.
Read more

A quirky comedy about Audrey Brodsky, who quits her job to pursue her childhood dream of acting. There’s just one problem: she’s not very good at it. 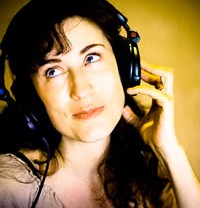 Director and actress Cindy Baer will conduct Q&A after the screening.Baer is an acclaimed director, producer and actress. Her debut feature Purgatory House screened at 25 festivals, won 12 awards, appeared on 5 critic’s lists for “Best film of the Year” and was released by Image Entertainment.Her short film Morbid Curiosity screened at 28 festivals and won four audience awards. Recent acting credits include the roles of Lizzie Borden in the newly released horror film Lizzie and Jillian in Few Option, airing on Showtime. Read more

Actor Richard Kind, the film’s director, producers, actor David Zayas – and the actual doctor and nurses who treated John Lennon in the Emergence Room – will engage with the audience for the post-film Q&A.
Read more

CONNIE COOK: A DOCUMENTARY
11 a.m. Sunday, Nov. 15 (Dryden Theatre)
New York State Assemblywomen Connie Cook was a woman ahead of her time. In the 1960s and 70s, Connie Cook led extraordinary efforts – against the odds – to create change within a male-dominated government. She authored legislation in 1970 that decriminalized abortion in New York State, which paved the way for Roe Vs. Wade in 1973. 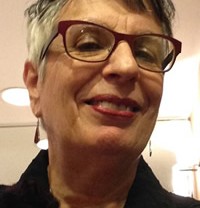 Director Sue Perlgut will conduct Q&A with the audience after the film screening.Perlgut has produced, directed and co-wrote the documentary 101 Ways to Retire-or Not! seen on PBS and a recipient of the 2008 Mature Media Awards.; the half-hour documentary Beets and Beans: Living and Dying with Hospice released in 2011 about the hospice movement in the U.S.; Stay Strong: Lift for Life, a strength training video for people 65 and older. Read more

DRAMA
11:00 a.m. Sunday, Nov. 15 (Little Theatre)
A comedic drama about a struggling young actress, living in London who has split with her boyfriend, isn’t getting auditions, and faces mounting pressure from her family. Obviously, the only thing to do is to go to Paris and visit gay best friend Jean. 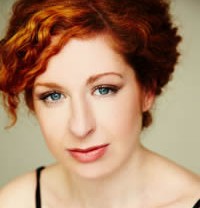 Director Sophie Mathisen will conduct Q&A via Skype with the audience.
Sophie trained at the Victorian College of the Arts, in Austrailia in acting. After graduating, she worked as an actress at various theater companies. In 2012, Sophie began pursuing her Masters Degree at the Royal Central School of Speech and Drama, in London. Read more

HONOR DIARIES
4:30 p.m. Sunday, Nov. 15 (Dryden Theatre)
Documentary about male-dominated cultures, like Saudi Arabia: where forced marriages for young girls, female genital mutilation and “honor” killings are prevalent. Now, for the first time on film, an international group of women’s-rights champions break the silence and reveal their efforts to fight against these injustices and for women’s rights everywhere. 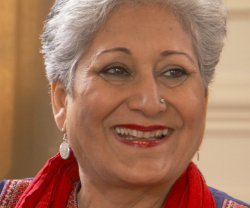 Filmmaker Raheel Raza will conduct Q&A after the screening.Raza is the President of the Council for Muslims Facing Tomorrow and an author, professional speaker, and founder of Forum 4 Learning, which promotes learning in the fields of cultural and religious diversity and interfaith harmony. Read more