High Falls Film Festival will present the Rochester Film Legacy Award to June Foster, a passionate supporter of filmmaking, who was a member of the Festival’s founding board of directors. 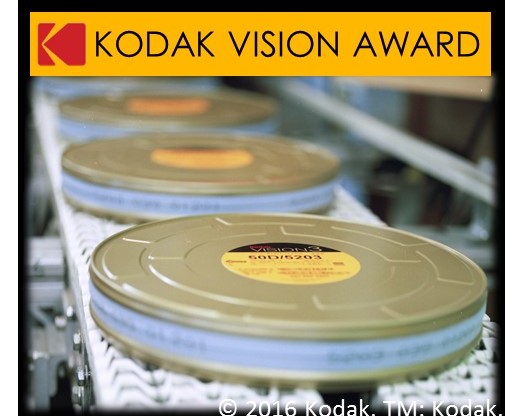 The High Falls Film Festival has partnered with Kodak to present the Shorts Shot on Film program. Shorts submitted to this year’s festival, which were created using film, were entered into consideration for the second annual KODAK Vision Award, which marries the festival’s mission with Kodak’s commitment to supporting the achievement of women in the industry. The winner, to be announced during the program on Thursday, Nov.10, will receive an in-kind grant of Kodak motion-picture film valued at $2,500, in the filmmaker’s choice of 35mm or 16mm for a future project.

For a complete listing of the Shorts Shot on Film program click here.

The inaugural winner was British filmmaker Katy Milner, who utilized her prize of 16mm film to create the autobiographical short “Graffiti.” Milner will be in attendance at the program and her film will conclude the screenings.

“The KODAK Vision Award at High Falls Film Festival was inspired by George Eastman’s powerful legacy of philanthropic giving and Kodak’s ongoing commitment to supporting female filmmakers,” said Sascha Rice, Global Marketing Director, Entertainment Imaging, Eastman Kodak Company. “We are thrilled to be partnering with High Falls on this award. We are proud of our film heritage, honored to support the local community, and excited to shine a light on the next generation of female filmmakers.”