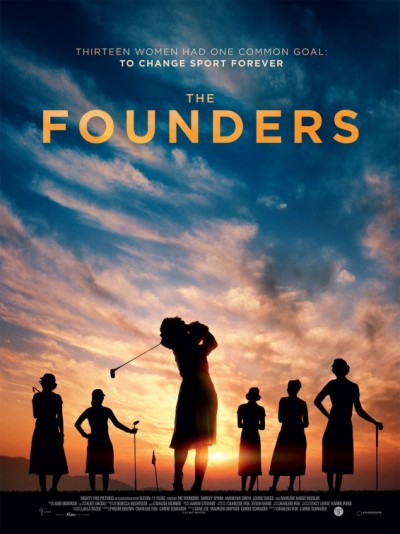 They were not supposed to be athletes, they were not supposed to get paid to play, they were not supposed to call the shots. But in 1950, 13 amateur women golfers battled society, finances, and sometimes each other to stake their claim to become professional sportswomen by the creating the Ladies Pro Golf Association — the first and longest-running professional sports organization for women. With humor, grit and raw talent, these underdogs not only changed the course of women’s sports, they created a timeless story of redemption and endurance. The funny and moving journey is told through rare archival footage, historical re‐enactments and current‐day interviews with leading players and the four surviving founders. The Founders tells the story of the women who defied convention for the love of a game that most said had no place for them.

The Community Partners for this film are Visit Rochester and the Monroe County Sports Commission.

Director Charlene Fisk is also the editor and director of photography/cinematographer for The Founders. She is an award‐winning videographer/editor who has won numerous regional Emmy awards for her work on arts and documentary programming, including an Emmy for Best Documentary.  She’s worked on productions for TLC, Lifetime, and Discovery Channel. Director Carrie Schrader is also the co-writer of The Founders. She is a writer/director whose short films and screenplays have won film festival audience awards internationally. She won the “New Voices” award at the Seattle International Film Festival and was labeled one of the “Top Ten Directors To Watch Out For” by​ IndieWire.com​. The Founders won the Audience Award for Best Feature Film at the Atlanta Film Festival. “Long overdue, this film is about finally recognizing those unseen efforts and identifying The Founders as true icons of sport and equality,” Schrader said.