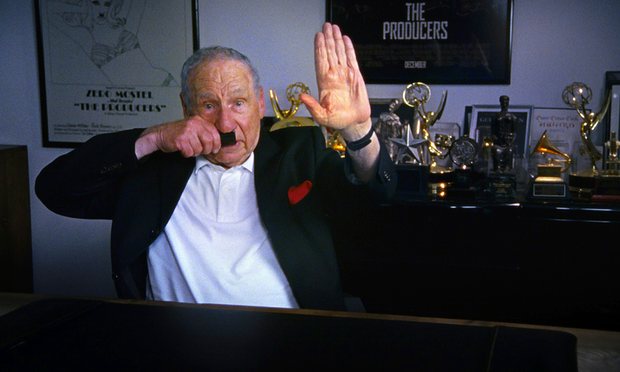 The Last Laugh is a feature documentary that proceeds from the premise that the Holocaust would seem to be an absolutely off-limits topic for comedy. But is it? History shows that even the victims of the Nazi concentration camps themselves used humor as a means of survival and resistance. Still, any use of comedy in connection with this horror risks diminishing the suffering of millions. So where is the line? Shot on Kodak Super 16mm, The Last Laugh thoughtfully weaves together an intimate cinema verité portrait of Auschwitz survivor Renee Firestone alongside interviews with influential comedians and thinkers ranging from Mel Brooks, Sarah Silverman, and Gilbert Gottfried to authors Etgar Keret, Shalom Auslander, and Abraham Foxman of the Anti-Defamation League, as well as footage from The Producers and Curb Your Enthusiasm, to clips of comics such as Louis CK, Joan Rivers, and Chris Rock, to newly discovered footage of Jerry Lewis’s never-released film Holocaust comedy The Day the Clown Cried, to rare footage of cabarets inside the concentration camps themselves. In doing so, The Last Laugh offers fresh insights into the Holocaust in a way we haven’t seen before.

The Community Partners for this film are the Jewish Community Center and the Ames Amzalak Rochester Jewish International Film Festival.

Director Ferne Pearlstein is a rare triple threat as a prize-winning cinematographer, a feature film editor, and a writer/director. She is one of only a handful of female cinematographers featured in Kodak’s long-running “On Film” ad campaign in the pages of American Cinematographer magazine. In 2004 she won the Excellence in Cinematography Prize at the Sundance Film Festival for her work on Imelda, a feature documentary about Imelda Marcos. Committed to shooting on film, she has shot documentaries in places as diverse as Haiti, Uganda, and Guyana. Among her other credits include cinematographer on Freakonomics, Ruthie and Connie, and The Voice of the Prophet. Past directing credits include Sumo East and West, Land of the Blind, Dita and the Family Business, and Raising Nicholas. Pearlstein’s first scriptwriting effort, Evie’s Garden, was a semi-finalist in the Academy of Motion Picture Arts and Sciences’ prestigious Nicholl Fellowship.
“We want to provoke debate and discussion —  to introduce these issues and stimulate a serious conversation about freedom of speech, our collective memory and how to remember the past while keeping it vibrant,” Pearlstein said.