The Wedding Invitation – with Director Q&A 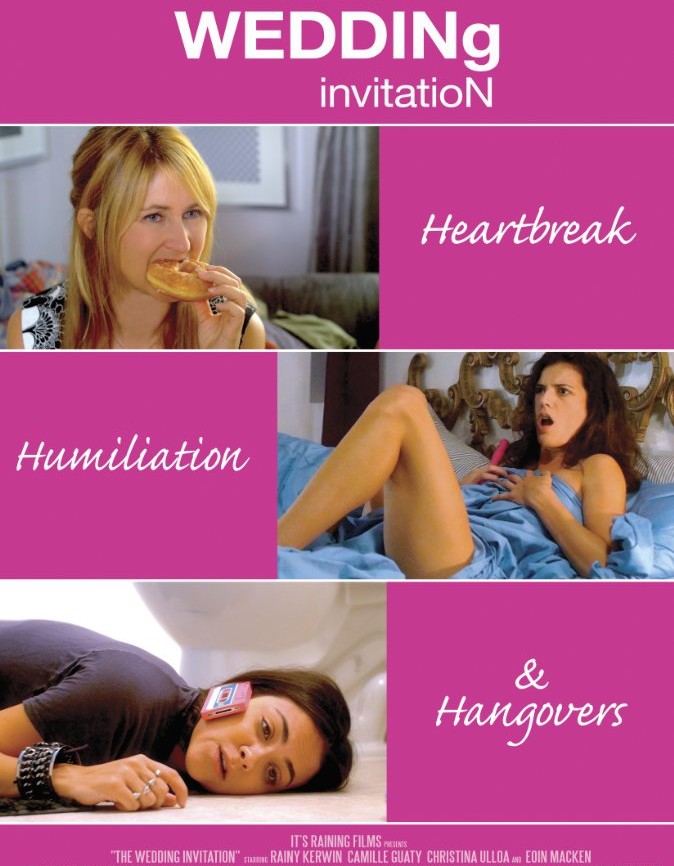 Three best friends will endure heartbreak, humiliation, and hangovers to find dates to the 1980s prom-themed wedding of a lifetime. After receiving their wedding invitations, they have one week to track down their crushes and turn them into “plus ones.” Their drunken and walk-of-shame missions will require them to break all of the rules of dating and take control of their own fates to make it happen. But with a dose of courage and the support of their girlfriends anything’s possible, in this film that’s been called “Bridesmaids meets Sex and the City.”

The Community Partner for this film is The Junior League of Rochester.

Director Rainy Kerwin — who also produced, wrote, and stars in The Wedding Invitation — created the film with an all-female crew “to make a small dent in the low numbers of women working in Hollywood.” She is the founder of It’s Raining Films, the production company behind The Wedding Invitation & the platform BuyWomen.com, a site dedicated to driving audiences to see more films written and directed by women. Her next film, Dead Between LA & Vegas, will begin shooting in late 2017.  The Wedding Invitation has won “Best of Fest” honors at the Manhattan, South Dakota, and Burbank International film festivals.

“The Wedding Invitation is more than just a comedy about chasing love. It’s a movement. The goal is not only to entertain, but also to inspire women to take control of their destiny by being proactive.” — Rainy Kerwin