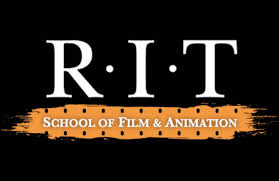 A tradition since the festival began in 2001, High Falls features a shorts program showcasing work by the female students of the School of Film and Animation (SOFA) at Rochester Institute of Technology. Ten films will take the screen this year, focused on an array of topics from a disgruntled T-Rex, end-of-life experiences, pigs as pets, and selling your soul for a sandwich — told in video, 3D, animation, and puppets.

A Bone To Pick

In this 3D short, a disgruntled T-Rex sets out to reclaim his stolen bones from Neanderthals.

A young woman with a fetishistic side job reconsiders what is genuine when her laptop requires repairs.

Pig is a short documentary that exposes the reality of pigs as pets. The filmmaker follows a potbelly owner and several sanctuaries as they explain the joys and tragedies of this recent fad.

Directed by Yumeng Zhang (20 min.)
A Chinese teenage boy accidentally discovers his dying father has a male lover and disapproves. But after seeing the pain and love between them, he must reconsider what it really means to love someone.

This film, animated with cut-out puppets, is about an international woman’s longing toward her hometown and her memories of childhood while facing the disappointments of reality.

A sad little girl finds a catfish. When she pushes her negativity onto her, it threatens to overcome her world.

Imagination comes in two forms. The negative side reflects anxiety, while the positive results in a freedom called …

A young man is forced to be the adult in his unstable home, but his evolving relationships reveal he is not in it alone.

A stop-motion animation about the consequences of selling your soul … for a sandwich.

What happens after your final moments? What will you dwell upon?