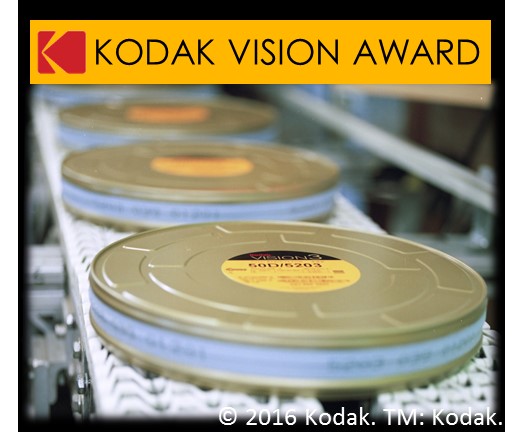 The High Falls Film Festival has partnered with Kodak to present the Shorts Shot on Film program. Shorts submitted to this year’s festival, which were created using film, were entered into consideration for the second annual KODAK Vision Award, which marries the festival’s mission with Kodak’s commitment to supporting the achievement of women in the industry.

The winner, to be announced during the program on Thursday, Nov.10, will receive an in-kind grant of Kodak motion-picture film valued at $2,500, in the filmmaker’s choice of 35mm or 16mm for a future project. The inaugural winner was British filmmaker Katy Milner, who utilized her prize of 16mm film to create the autobiographical short “Graffiti.” Milner will be in attendance at the program and her film will conclude the screenings.

A news technician works the nightshift, and deals with the antics of her “boyfriend,” an obnoxious reporter.

Experimental film touching upon issues within our society such as media coverage of rioting and violence from protesters.

In the Sidecar (Republic of Moldova, 18 min.)

From the psychiatric hospital where he is detained, a soldier calls his comrade to help him to escape.  He tries to break free but remains trapped inside his PTSD.

A visual essay about young love travelling along the cliffs of the west coast.

The Green Mountain in a Drawer (South Korea/USA, 29 min.)

A widowed mom connects with her teenage son, who expresses himself through graffiti, which this film ultimately merits as an art form.