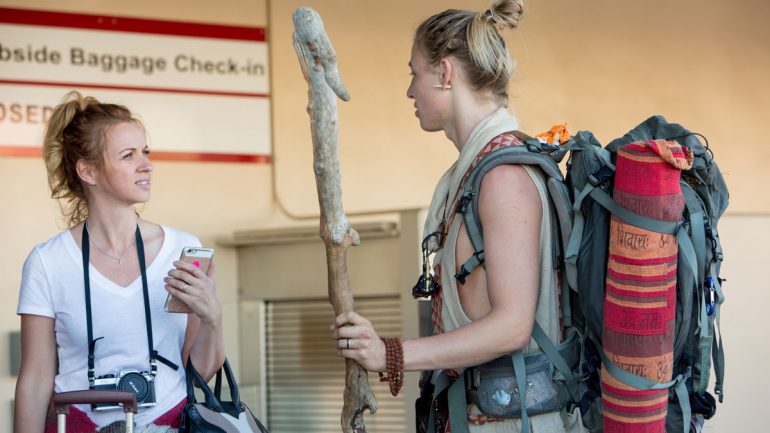 A couple with longstanding marital issues lands at LAX after a getaway in Europe. For a few years now, Stefania has been working a job she detests and Dan hasn’t worked at all. Their palpable strain is only made worse when a Danish vagabond asks for a ride to the busiest freeway in Los Angeles. Stefania doesn’t want to have anything to do with the wanderer, but her husband Dan, much to his wife’s horror, offers to bring this total stranger to their home.

How will this affect the couple?

The director invites you on a three day journey, seen through Stefania’s eyes, to view and discover that desired change doesn’t always come in the package that we want or expect.

More information on this film can be found at D-Love the Movie.

Director Elena Beuca grew up in a small farm town  in Transylvania, Romania.

After graduating from law school in Bucharest and working in real estate, she became interested in the entertainment industry and moved to Hollywood where she studied at the American Academy of Dramatic Arts.

She has appeared in the HBO comedy series “Enlightened,” the Fox Network action drama “Gang Related” and Nickelodeon’s “Victorious.”

Elena has always loved a good challenge, so when a friend introduced her to the 168-Film Festival (where filmmakers have 168 hours to shoot and edit a short film) she decided to jump in with “Connectivity.”  She is currently working on another feature film  that will be shot in the fall of 2017 in South Carolina. “D-Love” is her first feature film.