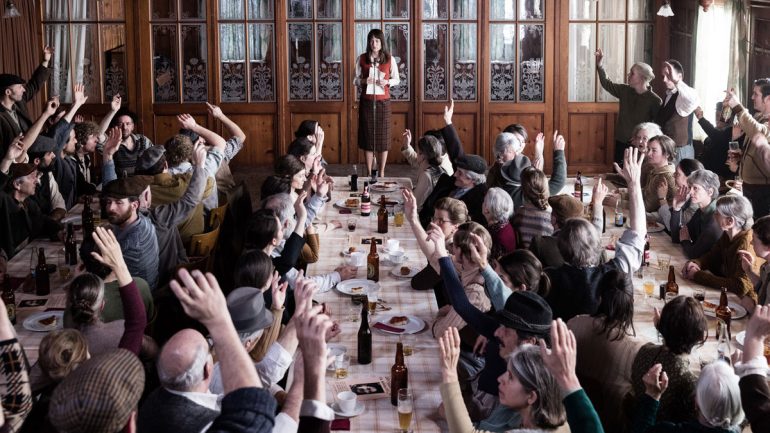 Set in Switzerland in 1971, where despite the worldwide social upheavals of the previous decade, women were still denied the right to vote. When an unassuming and dutiful housewife Nora Leuenberger is forbidden by her husband to take a part-time job, her frustration leads to her becoming the poster child of her town’s suffragist movement.

The Community Partner for this screening is

Please note, tickets for this film include admission to the Susan B. Anthony Award ceremony. However, you may enter the theater after 6:45pm for the screening only. Join us after the film for the Opening Party at Arbor Loft!