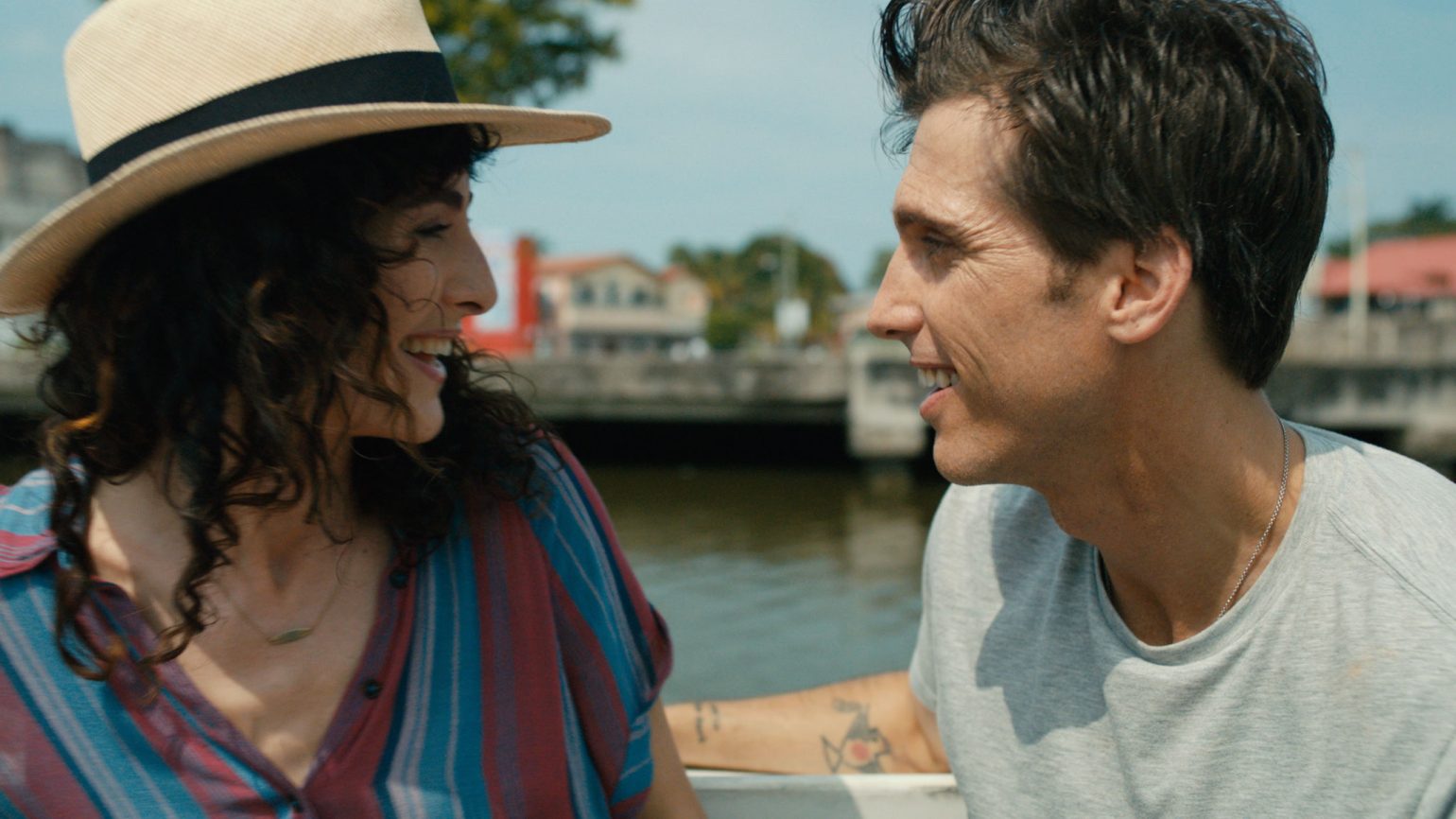 Provocative and powerful, Inheritance chronicles one woman’s efforts to reconcile her past with her present.  As she returns to her childhood  home  in  Belize,  Mara  is  faced  with  the  death  of  her estranged  father,  the  ire  and  instability  of  her  brother,  and  her increasingly frayed relationship with her new lover. It all comes to the surface during her father’s tense, all-night-long wake. In their first feature outing, co-writers and directors Laura E. Davis and Jessica Kaye offer a raw and unflinching story about illicit love, the  universal  need  for  intimacy,  and  the  indirect  path  towards healing.  Powerful performances by Kaye in the lead role of Mara, along with Daniel Ahearn and Mark Webber, bring to life characters that are complex and real, sexy and flawed.

Please note, this film contains a graphic scene and adult themes intended for mature audiences only.

A native of Louisiana, Laura E. Davis is a writer/director and a former Michener Fellow in screenwriting at UT-Austin.   She  has  worked  as  a  story consultant for a pilot in development at HBO and has written episodes for two series in development co-created by Scott Shepherd (Haven, The Dead Zone) and Cindy  McCreery.  Her  first  feature  was  the award-winning  film,  Thin  Air,  which  played  at  festivals  domestically  and  internationally.  Other  films include  Coup  De  Grace,  a  short  film  starring  Sarita  Choudhury  (Homeland),  and  a documentary on HIV/AIDS  activism  in  Paris,  which  premiered  at  San  Francisco’s  Frameline  Film  Festival.    Laura  has served  as  a  Directors’  Liaison  at  the  New  York  Film  Festival,  a  Festival  Coordinator  at  the  Human Rights  Watch International Film Festival, and an advisory board member of the Lower East Side Girls Club  Film  Festival  in  New  York.  She  teaches  screenwriting  and  film  directing  immersions  at Universidad Francisco Marroquin in Guatemala and previously led the Austin chapter of Film Fatales.

Jessica  Kaye  is  a  Los  Angeles  based  writer/director  and  actor.  As  an actress she has appeared on stage, tv and film. Favorite roles include Nina, The Seagull; Miss Julie, Miss Julie; Portia, Merchant of Venice, Charlotte Corday,  Marat/Sade;  and  Maud/Victoria,  Cloud  Nine.  She  has  directed several  short  films  including  Shortage,  executive  produced  by  James Franco, the award winning documentary, Fabian Debora, A Life for Art, and ‘Til Death, a short film for Google Glass. Jessica is a recent graduate of the USC  School  of  Cinematic  Arts  where  she  was  awarded  the  Samuel  and Lorenza Gary Memorial Award and the Harold C Lloyd Scholarship.