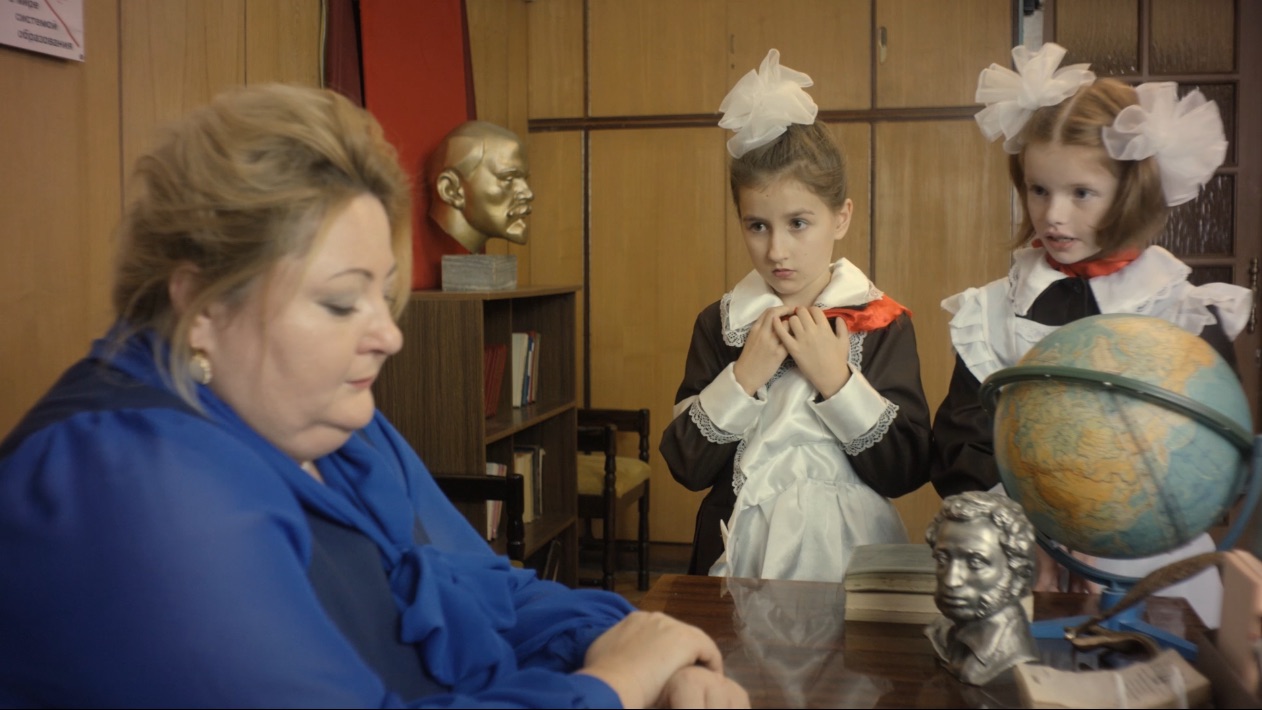 Stories of challenges women face, from childhood to old age, come to High Falls Film Festival from around the world and illustrate the common human experience.

Two middle-aged sisters sorting through 50 years’ worth of family memorabilia reconnect, as they contend with their late father’s beloved ham.

A day in the life of a girl with body issues.

A daughter struggles with role reversals as she drives her aging parents to their new assisted living home.

God does exist, or Where do babies come from? (10m, Russian Federation)

Two little school girls are about to be accepted into The Pioneers. And exactly then they found Kama-Sutra and realized that grownups lied to them about where babies come from. But Soviet Pioneer is a honest person! Girls decided to act.

A Syrian refugee family is invited to a Christian family’s house for Christmas dinner, they are caught between opposing viewpoints for and against them — until an unexpected event suddenly occurs.

Rosario, a housewife who is the caregiver for her ill husband, silently struggles between her responsibilities and her desire for a more fulfilling life.

While setting up to host a party, an elderly man is confronted by his wife about his alleged infidelity. She threatens to leave him, but despite his pleas and apologies, it may be one too many things to forgive and forget.

The Human Face (14m, U S A)
Directed by Aline Pimentel

By giving meaning to each and every mark on his sculptures, artist Kazuhiro gives meaning to his own life. Experiencing what is behind every wrinkle of time on the human face, transforms a superficial mask into a window to the soul.