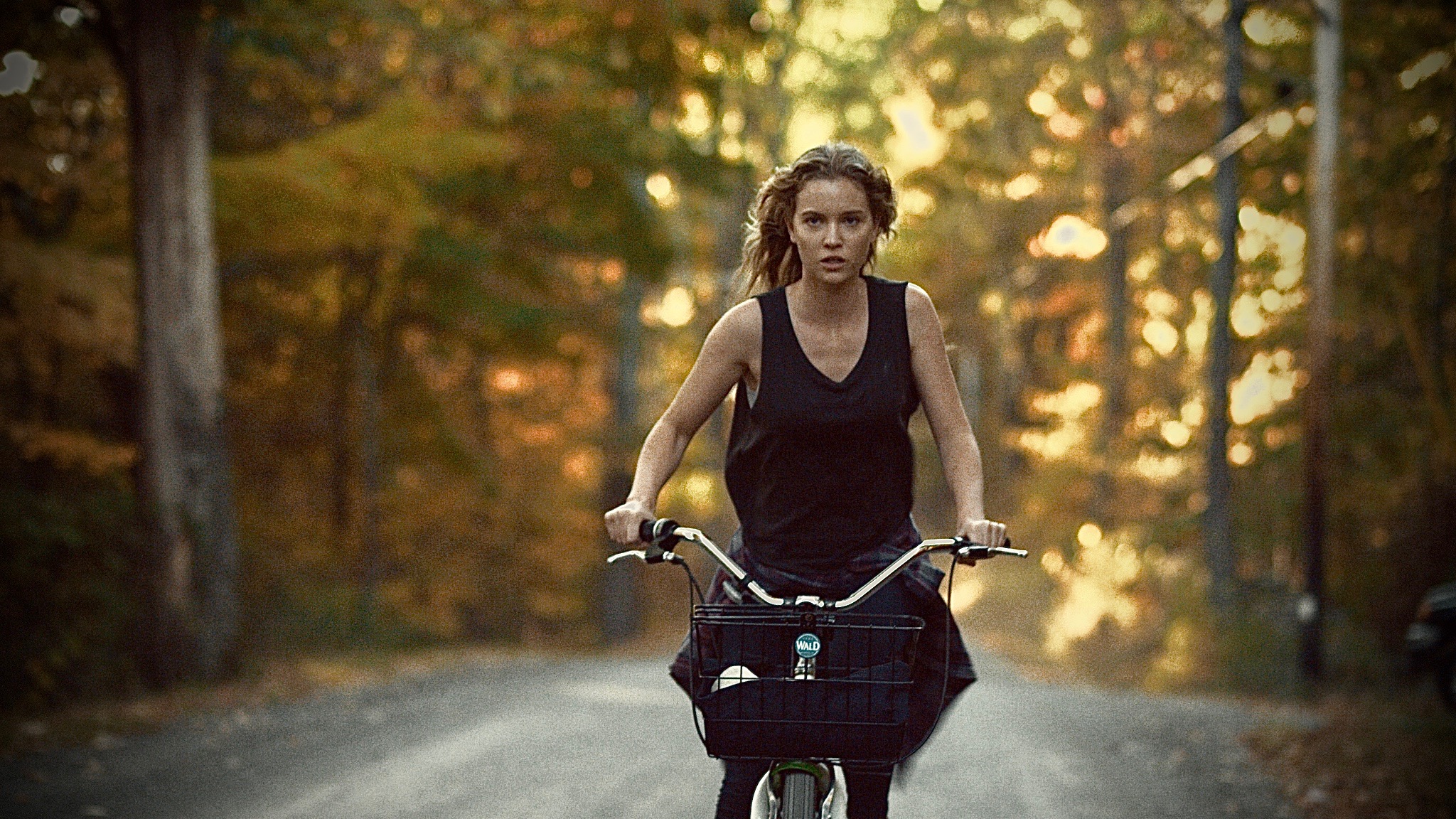 On the first anniversary of her younger sister’s death Woodstock teen, Rosie, discovers the mysterious man who sexploited and bullied her sister to commit suicide back on-line trolling for new victims. After the authorities refuse to get involved she finds a darker side she never knew she had, as she takes justice into her own hands.

DIRECTOR/WRITER STATEMENT
#LIKE is an elevated genre, ‘Noir’. The story was written as the #METOO movement began, foreshadowing the spirit calling up Rosie’s voracious chimera. She is a teen girl deep in grief. The psychological thriller nods, in turn, to to Hitchcock, Fuller and Campion, echoing terrifying true stories that are all over the internet of teens exploited and bullied by predators and their peers, to harm themselves and even suicide. I began thinking about how the family left behind deals with their loss, particularly the siblings, of often female victims, and what a teen girl will do when they flame out, except this isn’t a boy with a gun, it’s a girl with a Percocet.

The story picks up a year after the suicide of Rosie’s sister as Rosie processes her stages of grief. Researching the film I discovered that the multiple platforms for teen networking are unlike anything adults today grew up with, and parents can’t keep up with the potential for predators entering their kid’s lives. In many cases the legal system can’t keep up either. There aren’t the laws on the books at the state or federal level to pursue the offenders. International law enforcement also struggles with legislation that lags behind technology, creating a global problem. While in the USA the FBI reports that ‘Sextortion’ is the single-largest growing threat to children on the internet, only five states in the US have made it a felony. The issue was under addressed so I decided to make #LIKE to explore some of the ripples of the terrifying true stories. Ultimately the film is a meditation on what the families of those left behind are forced to deal with, the grief, the anger, the sense of powerlessness.

Sarah Pirozek is an award winning filmmaker with a fine arts background. She is a DGA member in good standing. Her short films “CONFESSIONS OF A GIRL WHO NEVER RECEIVED A VISITATION FROM THE SACRED HEART”, & “BEFORE AND AFTER FRENCH KISSING” screened at the London International FF, (distrib. The British Arts Council). Pirozek was invited to attend the Whitney Museum’s prestigious ‘ISP’ after which studied at ‘The Actors Studio’. She has directed TV commercials and multiple music videos, also broadcast TV (& Web content) as a director/producer/supervising producer for the Sundance Channel, MTV, VH1, PBS, HBO, NAT GEO, AMC the Discovery Channel and BBC, Channel Four TV in London. Other projects include producing ground breaking indie feature, trans-love story, “FLORA” (distrib. Regent Ent.) and directing theatrically distributed feature documentary “FREE TIBET”, made with the Beastie Boys, which won “Best of Fest” at the Edinburgh Festival (distrib. ’Palm Pictures’).