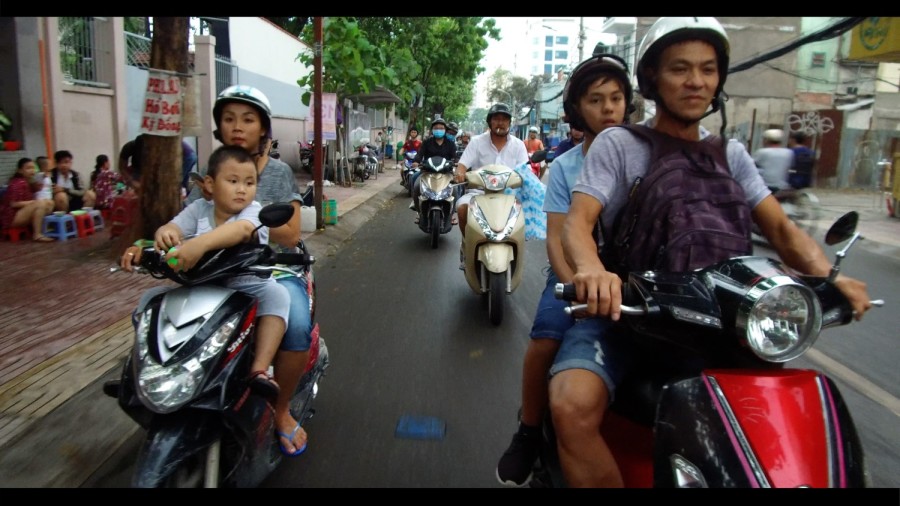 When fleeing from the war with the Red Khmer, eight-year-old Ngoc manages to survive a three week boat odyssey alone. Thanks to the humanity of an Austrian family, he integrates into Austrian society and becomes a renowned doctor. Forty years later, he is giving medical aid to an arriving boat of refugees on Lesbos island, where he realizes that his own story is repeated in the faith of this new generation of refugees. As old wounds burst open, he strives to find peace again, as he embarks on a difficult search for his past with his own family.

Jennifer Kellogg has a PhD in Greek literature and has worked in non-profits and academia for twenty years. Since 2017, Jennifer has been involved in the refugee crisis in Greece as a fundraiser, volunteer, and advocate.

Director NATALIE HALLA  studied Law and Translation (Russian and Spanish) at Karl-Franzens University of Graz and spent one semester with the Erasmus program in Valladolid (Spain). She wrote her thesis in law at the Jerusalem University on “Implementation of Human Rights on the Example of Freedom of Religion in Israel”, for which she got an award for excellency. At the age of 22, she became an intern of the United Nations Drug Control Program in Peru. After several years of further studies and working in France and Spain, she focused on documentary film direction and production, reflecting her personal experiences and visions of life. 2010: Drugmothers, 2011: Gaelle, 2012: Separated, 2014: The heir of Liszt. : “Drugmothers” (2010), “Gaelle” (2012), “Separated” (2012), “The Heir of Liszt” (2014), “Children of the Forest” (2015), “Life in Four Elements” (2017) and “Nowhere” (2018).