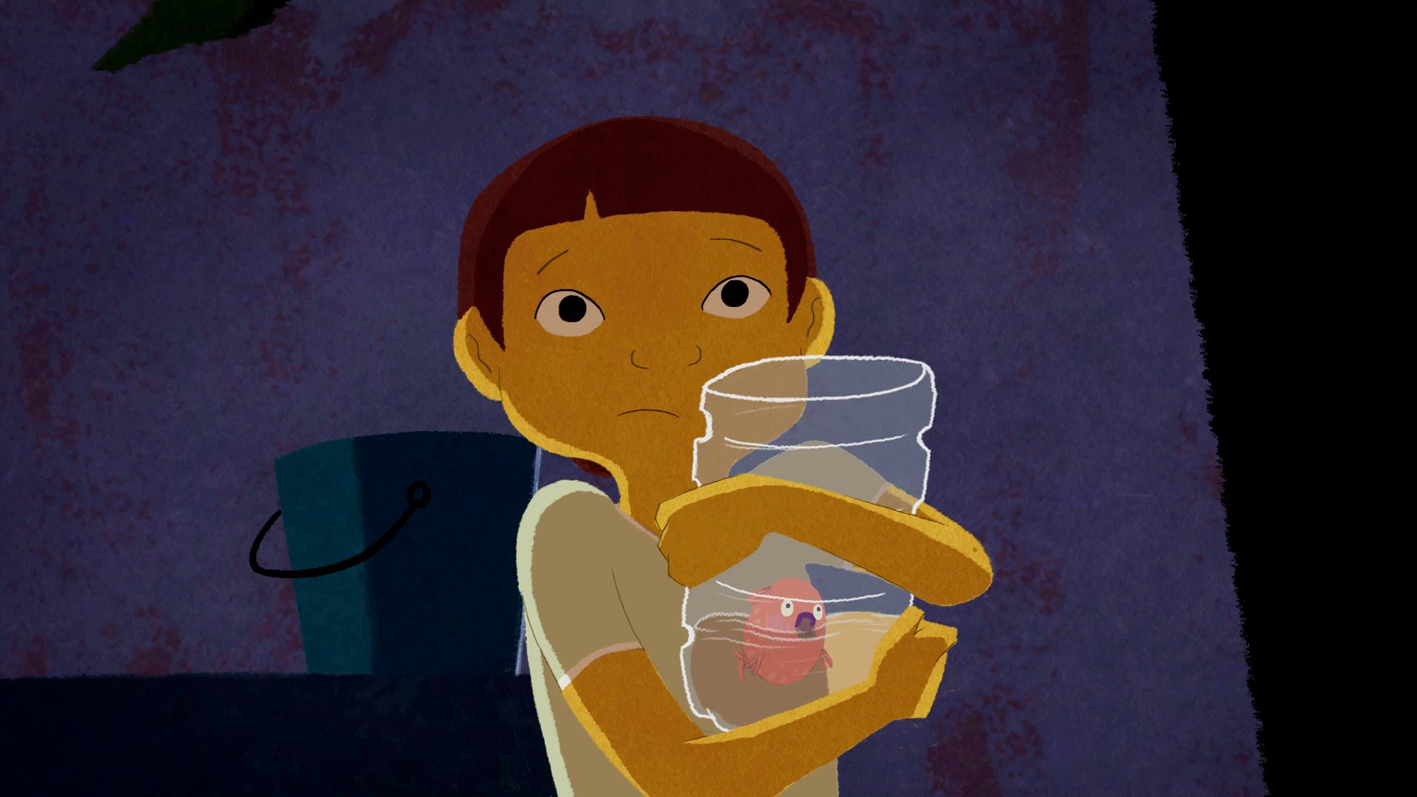 Water Path for a Fish

During a warm, summer night in Latin America, Oscar awakes to see a little goldfish gasping for air out in the courtyard fountain. Will he be able to save him when the streets fill with people running for water?