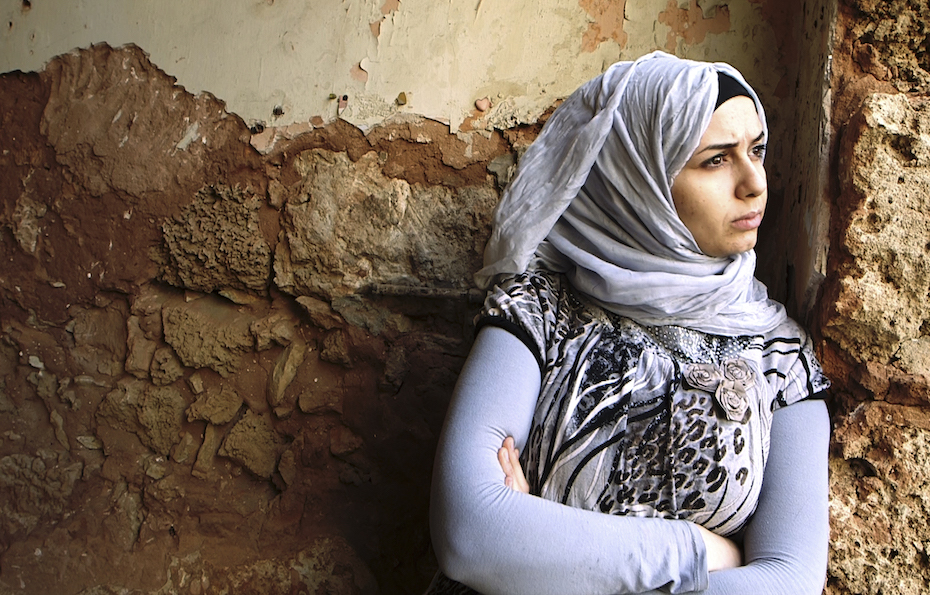 We Are Not Princesses

The Syrian refugee crisis is on the world stage. But We Are Not Princesses shows a personal side of the crisis most have never seen, following the daily lives of four remarkable women, whose extraordinary struggles and strength tell a different kind of story, about obedience and defiance, resilience and reconciliation.
With intimately revealing footage and evocative animation, filmmakers Bridgette Auger and Itab Azzam follow how the women as they navigate new lives and small freedoms in exile, adapting to new roles: in their families and in a theater production of the Greek play, Antigone. Through the film, we see revealing glimpses of lives under siege, as these mothers, sisters, and wives grapple with past trauma and express themselves openly, often for the first-time, on camera. As they learn to question cultural norms, and stand up to societal and patriarchal pressures, they form friendships and bonds with each other.  Never far from the surface are the horrific backstories which brought the women to Beirut. Their stories provide context for the Syrian war, and also establish the women’s point of access into the story of Antigone, through which the women begin the work of processing their personal and national wars. Behind the scenes, they discover a kinship with the ancient princess, whose tragedy mirrors their own. While Antigone’s story is legend, theirs are still being written.

ITAB AZZAM is a London-based Syrian filmmaker. She recently won a BAFTA for her work producing the BBC Two series ‘Exodus: Our Journey to Europe‘,  and is also a winner of a British Broadcast award and a Liberty Human Rights award. She has extensive television experience including the BBC’s ‘Syrian School‘; the series East West; and ‘Bizarre Foods: Syria‘ for the Travel Channel. She co-founded Sabbara, a social enterprise empowering women through economic employment and psychological support, and also co-founded the Open Art Foundation, an arts charity that works with marginalised communities around the world.

BRIDGETTE AUGER is an artist and filmmaker strongly committed to using art for social change who has lived and worked in the Middle East for over 12 years. Covering the Arab Spring in Egypt and Libya as well as the refugee crisis as a result of the war in Syria through photography and video, Bridgette sought out intimate stories to raise complex questions about sensitive issues. Credits include: The Guardian, New York Times, Die Zeit, and short film This is not me هاد مو أنا : Enduring Syria’s War. She has a degree in Photography and Imaging from NYU’s Tisch School of the Arts, and a Master of Social Documentation from the University of California, Santa Cruz.  She was a 2016 National MediaMaker Fellow atBAVC (Bay Area Video Coalition) and a fellow at IFP’s 2017 Doc Labs.